In 2015, I was teaching a course in generative design and coding to a group of high school kids. Some of them struggled with math, while others did not believe that visual art was their strength. I told them that what made coding and mathematics beautiful and "real" for me was that I could use this language to describe the visual patterns I see in nature, in the world.

While visiting my childhood home in California, I was looking through my mom's closet and found a beautiful handwoven purple robe. Mom told me that my aunt, who worked in the farms in Delano, had woven it. My parents wanted to buy her a loom so she could continue the weaving she did in the Philippines and create a business, but being modest, she declined.

I wanted to pick up where she left off. Since then, I have been studying the patterns and forms of binakol and inabel / abel - Ilocano woven cloth design, and trying to recreate these patterns through algorithms in code. Then I expand these designs in ways that follow my curiosity. These are some of my designs. 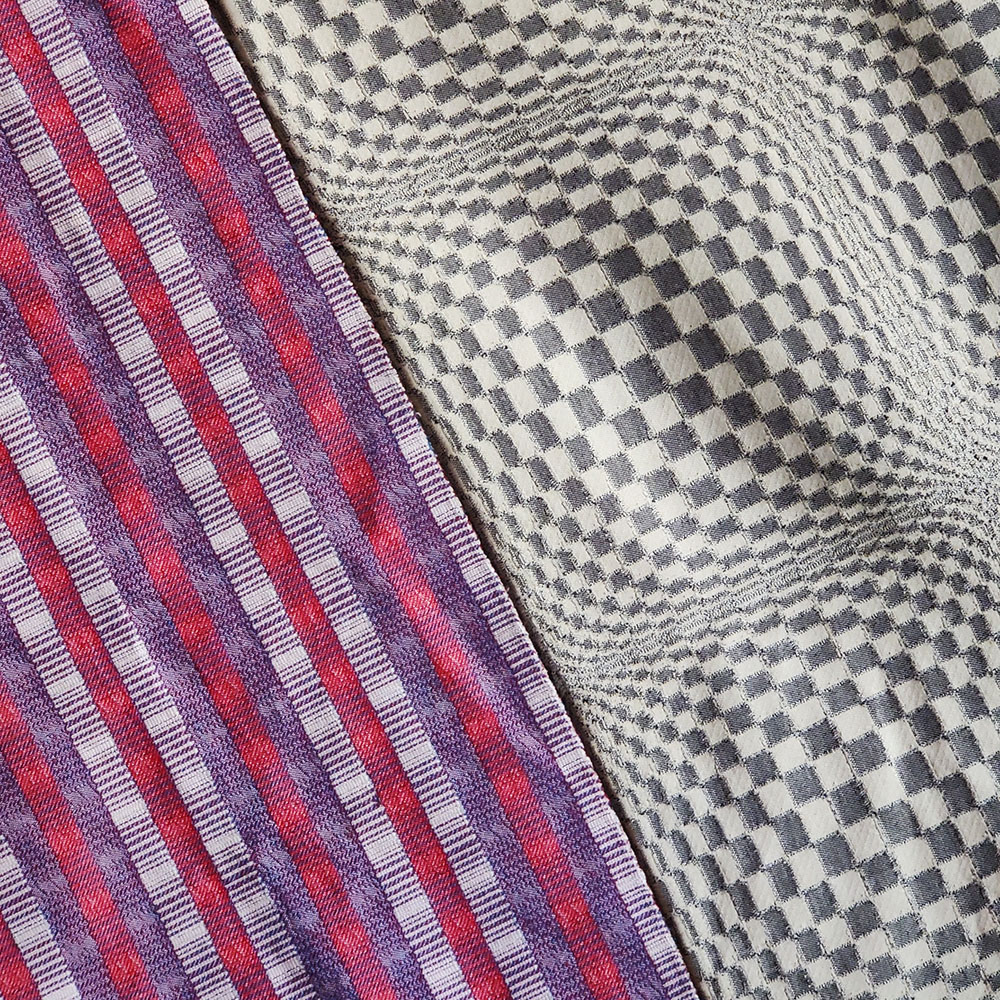 Ilocano weavers from the Philippine province of Ilocos Norte, design a kind of abel (or "cloth" in Ilocano) known as binakol. The binakol pattern is manually woven using a pedal loom. The pattern is made up of alternating squares and rectangles that modulate in thickness and frequency, creating an illusion of movement that is meant to protect against evil spirits. 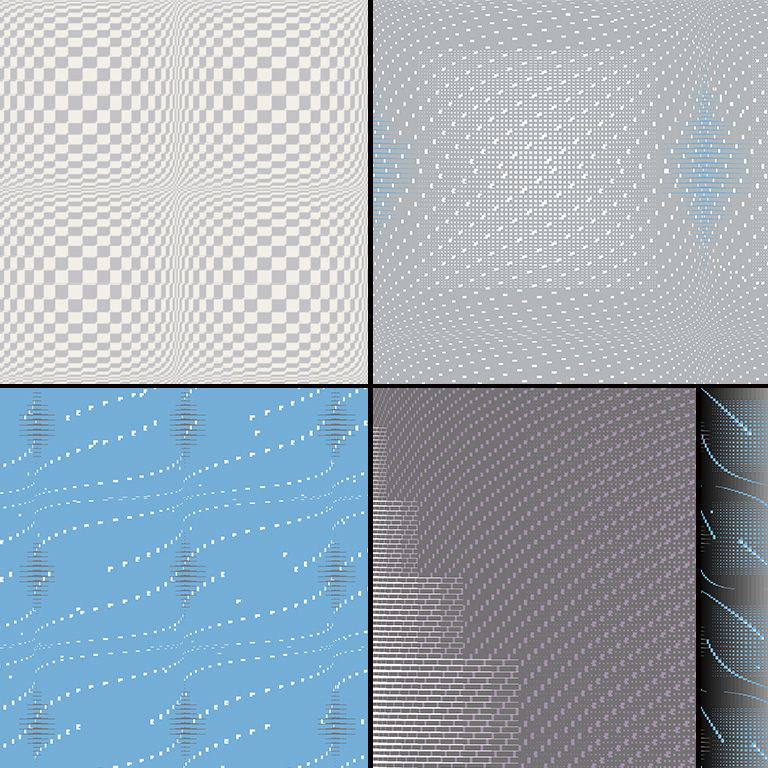 To find the algorithm for these textiles, I studied images of binakol fabric and experimented with trigonometric functions. My first experiment was in one-dimension, resulting in the striped pattern in white, violet and red (see left image, far left). A year later, I expanded it to two dimensions to produce the grey-and-white checkered binakol-style design.

One small parameter change makes a unique pattern, a new individual in a common family.

In this way, I see this work - this code - as an extension of my family, its beliefs, practices and traditions. Some of these I stand to lose to a loss of my parent's mother tongue, to the adoption of Western culture, and a post-colonial condition. But as I pursue where I came from, like any good existential problem, I use the tools I have learned to uncover and rediscover an innate and inherent knowledge that can never be taken from me.

With algorithms, small changes to numbers and colors can create wildly different results. This is because the changes in numbers apply to texture, modulation, color distribution, and particle density. If this design could speak, it would recognize its roots; each piece belongs to, and comes from, another. These textiles have a common vocabulary all their own, and once they leave their home - my home, they become part of a diaspora.